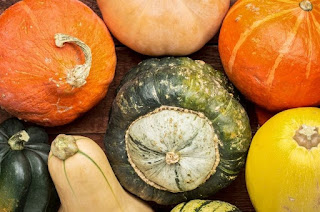 Cooler temperatures and shorter days put the rich orange, yellow, and green hues of winter squash on display.   Providing vitamins A, B6, and C, and packed with antioxidants, this veggie is sure to boost immunity all season long.  The yearend’s varieties differ from their summer counterpart in that they have a hardy (often still edible) exterior allowing survival through the chilling weather, and a mildly sweet interior as cozy and comforting as your favorite sweater.  If you’re new to squash shopping, delicata and butternut are great options for beginners; the deeper the beige of butternut, the better.  As for delicata, look for a strong yellow color with green stripes.  Both cylinder shapes can be prepared with the skin intact.  Veterans to these vegetables can explore the evergreen spherical versions like acorn and kabocha.  And, if you’re trying to convince anyone in your household to eat more veggies, may I suggest a golden spaghetti squash- yes the inside looks just like noodles!    All in all, winter squash are one of my favorite kickoffs to fall.  I encourage you to add them to your grocery list and remember, whichever you choose, make sure it’s: firm, not soft; blemish-free; dull, not shiny.
Posted by Karen at That's Vegetarian at 4:16 AM No comments:

What's the difference between "pumpkin" and "squash"?

Not to mention there are SOOOO many varieties.  I found great lists (plus additional recipes) - All About Pumpkins Varieties and Seed to Supper.  In this recipe, I used the Kabocha Squash but Butternut or Acorn could have easily been substituted.  There was so much squash left I had to figure out what to do with it.  Check out and join www.thatsvegetarian.blogspot.com later this week for the great treat!!

To truly amp up this macrobiotic dish, add some brown rice.  Check out last week's blog on the macrobiotic diet.  Prepare the Kabocha Squash and Azuki Beans with Kale or any of the other wonderful recipes and and you'll find yourself saying "That's Vegetarian?!"

Combine the kombu and beans in a bowl and cover with 3 c water.  Soak for a minimum of 5 hours preferably overnight.

Drain the kombu and beans, discarding the soaking water.  Slice the kombu into 1" x 1" squares and put the pieces in a pot.  Add the beans and fresh water to cover the beans by about 1 inch.  Put the burner on high and bring to a boil, straining any foam that rises to the top.   Boil for about 5 minutes or so.  Reduce to a simmer, cover and cook for about 30 minutes checking every 10 minutes for enough water (at bean level) and doneness.  Soaking the beans longer decreases the cooking time.

Once the beans feel al dente, add the ginger and soy sauce (or shoyu) and stir.  Then place the squash on top and simmer covered for about 10 minutes.  Check, it should be slightly soft, then add the kale and simmer for another 10 minutes.  It should still be bright green.

Posted by Karen at That's Vegetarian at 11:51 PM No comments:

Keeping it brief, I bought a bunch of bok choy and wasn't sure what to do with it all. Searching for recipes, I came across a hot and sour soup. AND I couldn't believe how easy it was. I had to modify it a fair bit because I prefer more hot and more sour than the recipe had. Here is my SOUPED up version (every bit of the pun intended). Many of the ingredients are swappable, add more such as baby corn and water chestnuts. Leave out the egg if you want it vegan. The nutrition facts are approximate depending which ingredients you use. More soup recipes to come to battle this winter. 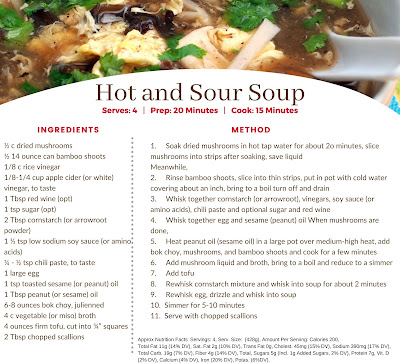 Posted by Karen at That's Vegetarian at 4:56 PM No comments: 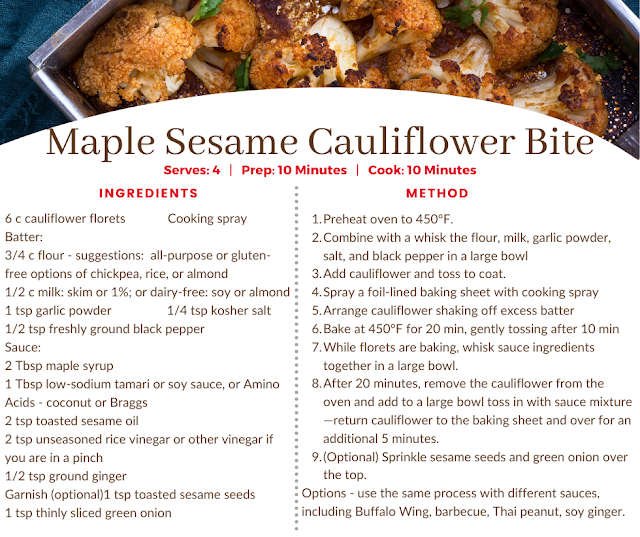 Posted by Karen at That's Vegetarian at 7:42 PM No comments: